Why Houston Is A Great Summer Vacation Spot 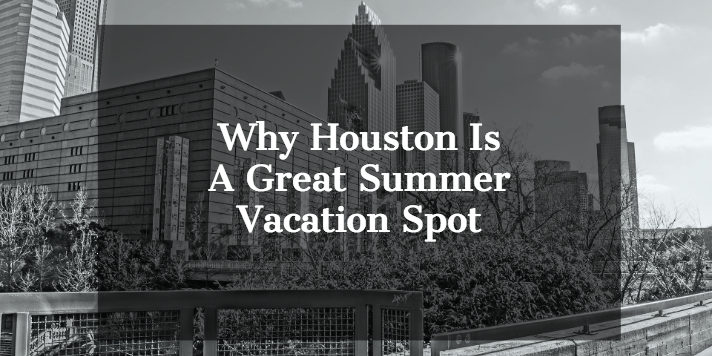 Well, summer is in full swing and so is the summer vacation season in Houston. Many people will be heading off to exotic or fun locations for summer vacation in the next two months—but what about those of us that can’t get away for a weeklong trip out of Houston?

Not to worry, as one of the top Houston transportation services companies, we see a lot of Houston and the surrounding areas such as Lake Conroe, Galveston, Sugarland and more—so we know where you can have plenty of summer fun without a single plane ticket. In fact, most Houstonians may not realize what a gem of a city they live in—would you believe that people from all over the world want to visit here?

Yes, it’s true Houston was ranked among the top 12 travel destinations in the world by Forbes magazine last year. Our many parks, museums, diverse culinary options, andnightlife make it the perfect fit for the world traveler who wants a sample of Americana. A melting pot of industry and cultures that fuse together to create a unique blend— many refer to Houston as the Big Apple of The South.It makes sense then why when people visit here, they often don’t want to leave.

Wellrespected real estate, economic development and tourism consulting firm Resonance, recently rated the top 100 large cities in America—Houston came in at a resounding #7 on the list. Conducting surveys with over 1,000 people across twenty regions in the United States, participants were queried about one hundred metropolitan U.S. cities in regards to three basic rating factors:

What’s In The City?—Essentially this comprises the combination of infrastructure, housing, natural environments such as parks, rivers, andlakes. Things that tend to draw people to a city in the first place— a great scenic setting for the pursuit of life so to speak.

Who’s In The City?—This is all about community and variety. The cultural diversity and makeup of all ethnicities, nationalities, sexual orientations, religion, andother socioeconomic classifications. Cities that are desirable have a community that any person from any background can thrive in and feel at home.

What’s Happening In The City?—The pulse of the city is determined by the numberof happenings available to people who live or visit the cities in question. The vibrancyof cultural activities, live music, recreational events, pro sports, art and so much more is what drives the popularity of a city’s vibe.

Why Houston Is So Popular With Summer Travelers

So how did Houston climb the ranks out of 100 cities to take the seventh spot? Well,you don’t have to work for a Houston transportation services company to have an idea why. But in case you don’t know, it’s because this city is a major hub of industry, a major hub of culture, and a major hub of entertainment. Just take a quick glance at what this busy city has to offer:

With a vast and varied industrial landscape, Houston ranks fourth in the nation for Fortune 500 companies. Many summer travelers that come here are actually scouting the economic and employment landscape to relocate to Houston. Bolstered by the energy, aerospace, logistics, and biotechnology/medical sectors—Houston has a well-balanced economic distribution of industry that appeals to career-mindedindividuals. It’s the prevalence of opportunity here that has earned it the nickname, “The City With No Limits.”

Everything is bigger in Texas and Houston’s cultural scene is no exception. Dedicated to promoting art and culture, Houston has its own museum district where you can find over 20 museums, plenty of live music venues and theaters, and the world-class Houston Zoo. Houston is one of the rarities in the US as there is a year-round residency in all of the major performing arts—so there’s always a show.

Whether it’s a catching a day game at Minute Maid Park, home of the World Champion Houston Astros, or catching a concert at Toyota Center, Houston has something for everyone. With itsbustling nightlife and bevy of 24-hour restaurants in dozens of cuisines—you can find something to do at just about anyhour.

Houston simply has attractions that can satisfy any interest, Home of NASA ground control, the Space Museum is a hot ticket so book yours ahead. There are also day excursions to Galveston, Brazos Bend State Park, Lake Conroe and more.

With all the diverse Houstonians that reside in the area, it is no wonder why it is a culinary destination with some of the most authentic food of all ethnicities and the best chefs in the country. Sure, Mexican and Tex-Mex such as Irma’s Original downtown dominate the culinary landscape—but you may not know that Houston is also very well known for authentic German, Asian and Indian cuisine as well. Of course, there is no shortage of authentic Texas BBQ and the annual Houston Rodeoshowcases that every spring.

What good would a world-class atmosphere be without world-class hospitality and reliable transportation? Houston has a staggering number of hotels, many such as the Hilton Americas-Houston, that isworld renown for their design and service. If you need to get around, there is a well-connected public transit system comprised of the bus lines and the ever-popular Houston Metro Rail. Of course, the best way to get around Houston is with Excelsior transportation, the best in affordable luxury ground transportationfor all needs.

Where Can We Take You In Houston This Summer?

If you can’t get away to an exotic vacation, Excelsior Transportation has you covered with Houston packages for the staycation of a lifetime, discovering your own city. Whether it’s booking a party bus around downtown or booking a charter bus to Galveston for the day—we can make your Houston staycation one to remember. With Excelsior you aren’t just getting a car service, you are getting a luxury experience. Get there in style, contact us today to book your Houston getaway!

What Occasions Are Good For A Party Bus In Houston?
August 11, 2022

Is There A Limo Service In Houston For Concerts And Festivals?
March 11, 2022 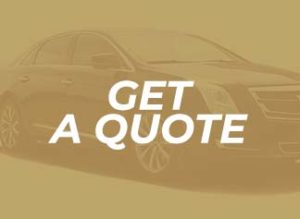 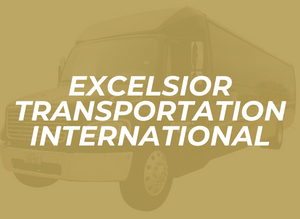